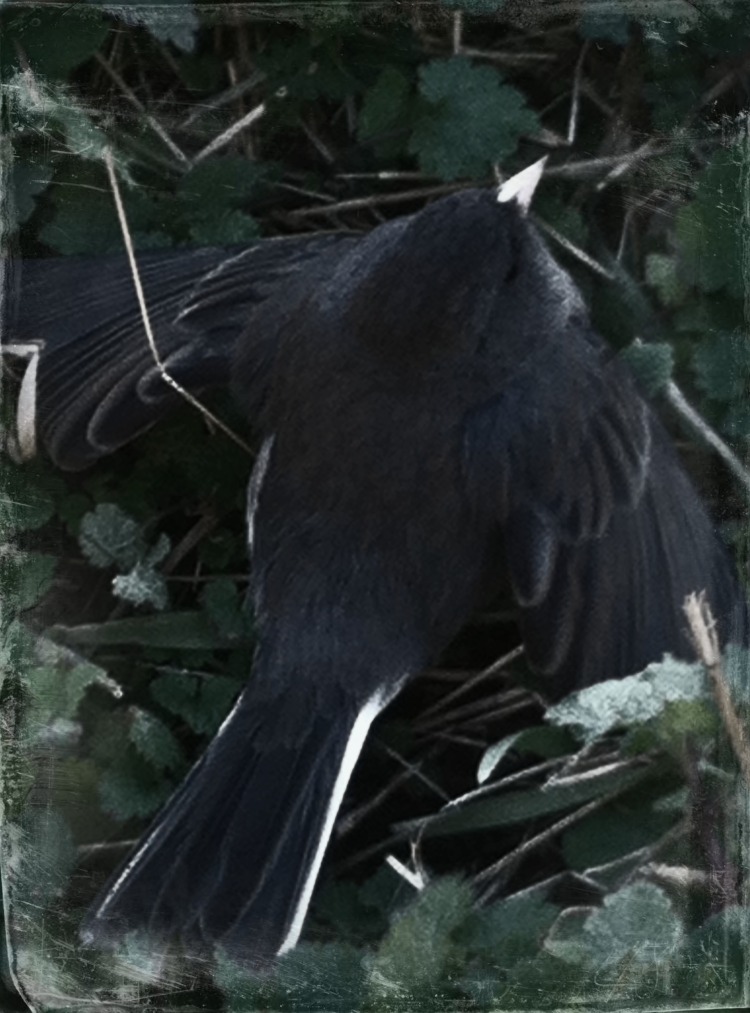 I am grateful for the opportunity to spend several days in a sweet old country home about 45 minutes outside of Richmond, caring for 3 chickens and a cat, keeping the wood stove going. I love being out in the country. It is where I feel most connected – to the earth and to myself.

Yesterday was a clear, still day, warm enough for just a sweater. Perhaps a bit odd for the end of December, but pretty much everything feels a bit odd to me at this time.

While walking around the property, I paused when I heard some rustling in the grass. A little Junco bird was on the ground, and when she did not fly away I realized she must be injured. I crouched down and watched her. She could not walk and just fumbled around.

She kept spreading her wings out to the side – not like a bird would if it was getting ready to take flight. More like an opening. And she was lifting her beak up to the sky – as if she wanted to go upward. As a spiritual being as well as a human being, I wondered if she was praying…

At one point the bird stumbled up a slight incline then stopped. She raised her head so much that she seemed to arch, and then she tumbled backwards.

I was surprised when she jumped up on the wire fence. Her little talons were able to grasp the rusty wire, but she did not have the strength to hold her body up. She fell backwards, and clinging to the wire she hung upside down for a brief moment, like a child hanging from the knees on a jungle gym. It took my breath away and I quietly gasped. When the Junco could no longer hold on, she let go and fell to the ground.

Again, I wondered if there was something I should do. Was she in pain? Was she suffering? Or was it me who was struggling as I watched her struggle?

With somewhat of a plan, I walked to the house and poured some water in a bucket. Then I found a small towel in my car. I walked back to the Junco who continued opening her wings and raising her beak up to the sky. Slowly, gently I laid the towel over her little body and picked her up. She did not struggle and was so weightless that at first I thought I had not picked her up. I opened the towel just a bit and indeed there she was. I could barely see her body moving with her breath. I so wanted to touch the soft black and white feathers, but was concerned that it might stress her. I watched her eyes slowly open and close. She seemed at peace.

For a moment I held her, talking softly to her. Then I wrapped the towel around her, said a prayer and lowered her body into the water. The Junco did not struggle. I held her in the water.

I breathed and I prayed. I was aware of my breath as she let go of hers. I cried and I prayed. I felt at peace and uncertain all at once. Again the questions about suffering, causing suffering, easing suffering… Was it my place to intervene? Was I helping her or was I just making myself feel better? Was I feeling better? I could have walked away and left her to die eventually. I could have sat with her until she died in her own time, thinking that I was comforting her. I made the choice for her, and I still do not know if that was the right thing to do.

And I wondered how long it would take before her breath was completely gone and her heart stopped beating. I held my breath for as long as could, imagining that she could not still be holding her breath.

Lifting the Junco’s little body out of the water, I slowly unwrapped the drenched pink towel to find her wet and motionless, with glazed-over little black eyes slightly open, slightly closed, perhaps just a glint of light. I held her and prayed, then laid her under a tree, covering her with dying green brown grass. 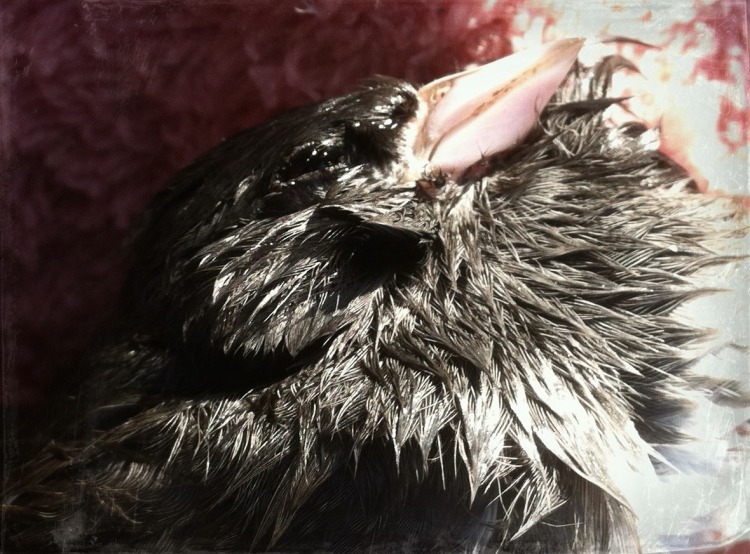